In this article, we shall examine the new procedural rules of appeal in civil adjudication.

The procedure has been stipulated under articles 341 – 360 of the Civil Procedure Code (“CPC”).

• Pursuant to article 341, appeal to the RCA is possible against first instance court judgments as well as court rulings relating to preliminary injunction and precautionary attachment applications.

• The monetary threshold for an appeal is TRY 1,500. That is to say actions for amounts under TRY 1,500 may not be appealed. If the action is initiated for a partial claim, the whole amount of the claim would be taken into account in assessing whether the judgment is appealable or not. If a claim is rejected in part the party whose claim has been rejected may apply for appeal provided that the rejected claim exceeds TRY 1,500.

• The appellant shall have to deposit the appeal fee and an advance for costs at the time of the application.

• Even though the opponent party is not entitled to appeal the decision or has already missed the period for appeal, they may file a counter-appeal by reply. Having said this, if the appellant withdraws their application or it is rejected by the RCA on procedural grounds, the counter-appeal shall similarly be rejected.

• The application for appeal shall not result in the stay of execution of the judgment per se. The provisions regarding the decisions which cannot be executed without being finalized are reserved.

• Once the file is delivered to the RCA, the Court shall perform a preliminary examination on the file in order to assess whether the procedural criteria for the appeal application are met. Thereafter the file is taken under appeal examination. The RCA shall hold hearings during its examination save for the following circumstances stipulated under article 353:

• The examination of the RCA shall be limited with the grounds of appeal stated under the appeal pleading. Having said this, the RCA shall consider ex officio matters related to public order.

The procedure has been stipulated under articles 361 – 373 of the CPC.

• The judgments of the civil chambers of the RCA and the judgments with respect to the cancellation of the arbitration award can be appealed. On the other hand, the party in whose favour the adjudication process has been concluded may also apply for appeal if they have legal interest in doing so.

• Article 362 of the CPC stipulates that actions for claims less than TRY 25,000 cannot be subjected to an appeal examination by the Court of Cassation. If the action is initiated for a partial claim, the whole amount of the claim would be taken into account to assess whether the judgment is appealable or not. If a claim is rejected in part, then the party whose claim has been rejected may apply for appeal provided that the rejected claim exceeds TRY 25,000. However, if one of the parties has applied for appeal, the opposing party can appeal the decision by reply. Further to this monetary limit, the article also provides a list of the decisions that are not appealable on a numerus clausus basis.

• The period to apply for appeal is one month as from the service of the judgment of the RCA on the relevant party.

• The appeal examination shall be carried out on the documents in the court file, however under the circumstances stipulated by article 369, the Court of Cassation may hold a hearing. The examination shall not be limited with the grounds of appeal of the parties. That is to say the Court of Cassation is entitled to examine further issues considered to be against the clear provisions of the laws.

Client Alert: The High Council of the Appeal Court Shuts the Door on Appeals Against Rejected Injunction Applications 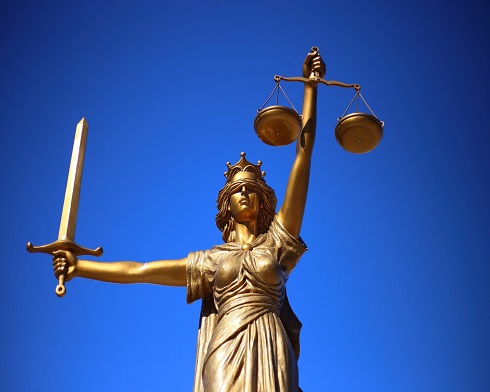